In 1872, through the efforts of Brothers W. Charles Lawson and Leander Jones of North Street Baptist Church, now Union Baptist Church, a Sunday School was started in an old stable loft in the 200 block of Vincent Alley near Saratoga Street. Union Baptist Church accepted this dedicated band of worshippers as a mission and granted twenty-three letters of dismissal to those desiring to become a part of this new mission. Thus, our mother church, Union Baptist Church, “birthed” the Macedonia Baptist Mission.

This historical journey included remodeling the stable by adding seats and floors as the first meeting was held on September 24, 1874, was one of racial diversity with the presence of a number of white Baptists that were invited and attended the meeting. This ceremonial meeting was moderated by Mr. J. W. Weishampel who explained the Baptist Manual which was accepted as the guiding principles and included the election of officers. They were Deacons W. C. Lawson, Leander Jones, John I. Lane, George Jones, Clerk, and S. W. Washington. Words of encouragement were given by Rev. G. L. Saunderlin, Pastor of Franklin Square Baptist Church; Rev. Harvey Johnson, Pastor of Union Baptist Church; Mr. William Homer, Dr. George F. Childs and Mr. Christopher West. Mr. L. Minor recorded these proceedings.

On November 5, 1875, a council representing nine Baptist churches met and approved of the mission of becoming a church. Deacon W. C. Lawson was licensed to preach, and Macedonia became a member of the Maryland Baptist Association.

On August 25, 1878, W. C. Lawson was ordained and elected as the first pastor of Macedonia Baptist Church. Pastor Lawson was born on May 27, 1836, in Sumter, South Carolina. The son of Rev. and Mrs. Louise Lawson, Pastor Lawson came to Baltimore in 1863 and held several jobs before he entered the ministry. During Rev. Lawson’s pastorate, the membership increased, the debt was reduced, and the church became an increasing spiritual presence for the well being of the community. Macedonia Baptist Church was the location for one of the best schools for children of color until the building of Waesche Street School.

The spiritual trinity of churches came full circle with the founding of Sharon Baptist Church, our daughter church, located at Stricker and Presstman Streets and presently pastored by Dr. Alfred C.D. Vaughn who served in a much appreciated advisory role in the transitional phases Macedonia has embraced in recent years. There continues to be a beautiful Christian Fellowship between Macedonia and Sharon, meeting each year in a Union Service to commemorate Thanksgiving Day.

Rev. Lawson, having laid a firm foundation for Macedonia to build on, was called from labor to reward on November 16, 1893.

Rev. Augustus B. Callis, the second pastor of Macedonia, was born in Mathew County, Virginia in 1862. He came to Baltimore in 1869, and prepared for the ministry at Wayland Seminary in Washington, D. C. In 1855, Rev. Callis was ordained at our mother church, Union Baptist. During his pastorate, Rev. Callis led Macedonia in completing the payment for the new building that was started under Rev. Lawson’s leadership. Membership continued to grow such that it was necessary to erect a larger building on the same site at a cost of $12,000.00. Rev. Callis is credited with forming the Willing Workers missionary group to respond to the needs of Macedonia. Rev. Callis resigned as pastor of Macedonia on April 20, 1903.

Dr. Daniel Glasco Mack, the third pastor of Macedonia, was born in St. Mary’s County, Maryland. The son of Thomas and Betty Mack, Rev. Mack graduated from Petersburg Institute and Wayland Seminary (now Union University of Richmond, VA) and went on to receive the honorary degree of Doctor of Divinity conferred by Union University. He was licensed and ordained by the Trinity Baptist Church (Druid Hill Avenue and McMechen Street). His first sermon as Pastor of Macedonia Baptist Church was delivered on Sunday, September 13, 1903.

Dr. Mack was an energetic leader and made an immediate impact on the Macedonia faithful. In 1904, he organized the Ladies Missionary Society with Mrs. Lucy Patterson as president. In 1905, Mrs. Eliza Mack was elected president and served until her death in 1924. Dr. Mack is also credited with being the leader for seven years of the first Boy Scout Troop of color in Baltimore City. With the help of Deacon C. B. Cook, Dr. Mack formulated the plans to establish the Baptist Aged Home –then located at 1620 W. Lexington Street –and served as the first president of the Board of Managers. Macedonia made the first contribution of $1000.00 toward the purchase of the home.

Additional organizations organized during the pastorate of Dr. Mack that are still active include the Missionary Society, the Shower Circle, the Flower Circle, Male and Female Ushers, the Ladies Guild, the Men’s Club, and the Adult Choirs. 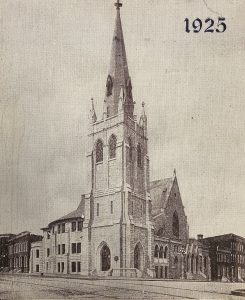 The membership of Macedonia increased and soon the congregation sought a larger place to worship. Dr. Mack is credited with directing the purchase of the current home of Macedonia at Fremont and Lafayette Avenues from First Baptist Church at a cost of $80,000.00. Hence, in May 1925, under Dr. Mack’s leadership, the members of Macedonia marched from the Saratoga Street Church to our present sanctuary. On December 10, 1926, the United Baptist Missionary Convention of Maryland was organized at Macedonia Baptist Church. Dr. Mack was elected the first president. After forty years of faithful, untiring service, Dr. Mack was called from his labors to his reward on October 9, 1943.

During this crucial period when Macedonia was without a pastor, a joint board was convened and a Ways and Means Committee was organized and consisted of two representatives from each organization of the church, the appointed Deacon Board Chairman, and Brother J. H. Nicholas, Chairman of the Trustee Board. The officers were Mrs. Fannie Gillis, chairman and Mrs. Martha Pulley, co-chairman. The Ways and Means Committee and the church leadership developed plans to liquidate Macedonia’s debt. Through their efforts and the following members of Macedonia –Deacons Charles Morris, George F. Holmes, Daniel Ringgold and Trustees J. H. Nicholas, William C. Russell, William W. Taylor, Macedonia paid its debt and was able to save over $10,000.00.

Rev. H. L. Penn served as Interim Pastor from November 1943 to April 1945. He was a son of Macedonia, having been ordained by Dr. Mack. Rev. Penn was a graduate of Jones and Williams School of Religion. Macedonia moved forward spiritually and financially under Rev. Penn’s leadership.

The fourth Pastor of Macedonia, Dr. Willard L. Clayton, was born in Westmorland County, VA. He, his wife, Evelyn F. Morrison and their four children came to Macedonia from Union Baptist Church in Malden, MA where he had pastored for twenty years. Rev. Clayton was installed as Pastor at Macedonia on Sunday, October 20, 1946. During his pastorate, many organizations were formed and some of them are still active. They include the Nurse’s Unit, Deaconess Ministry, Youth Choir, Kaye Burke Chancel Choir, Men’s Chorus and the Daily Vacation Bible School.

As we reflect upon the forty years of service that Rev. Clayton gave to our church, we recall with pride the sons and daughters that he licensed to preach the Word of God. The sons are Andrew Brown, Linwood Holman, Charles Wilson, Henry Turner and George DeFord. The daughters are Renee Burrell Hammock and Ernestine Epps.

Dr. Clayton retired as our Pastor in July 1987 and was duly honored by the congregation and community to commemorate his years of dedicated service to God and this community on two memorable occasions. Macedonia voted unanimously that Rev. Clayton would be our Pastor Emeritus and in his advisory role to the executive body, Dr. Clayton continued to manifest a great leader who was truly a “Servant of God” until he was called to glory on February 9, 1992.

The fifth pastor of Macedonia, Dr. Marvis Proctor May, was appointed after a two year search and preached his first sermon on Easter Sunday, 1989. Two additional daughters of Macedonia were licensed to preach during Dr. May’s pastorate –Arlene E. C. White and LaJanice Forbes. At the time of his call to Macedonia, Pastor May was the assistant to the Pastor of Metropolitan Baptist Church in Washington, DC. Born in Los Angeles, CA, Pastor May received his B.A. from Bishop College in Dallas, TX. He received his Master of Divinity from Howard University’s School of Divinity and his Doctorate of Ministry from United Theological Seminary in Dayton, OH. He was the former Pastor of Union Bethel Baptist Church in King George, VA. He was married to the former Pamela Milhouse. They were blessed with two children, Christina and Marvis, II. The Treasures Dance Ministry and the Audio/Video Tape Ministry began and flourished during Dr. May’s pastorate. Dr. May was called from labor to reward on November 24, 2007.

While Macedonia searched for the sixth pastor, Deacon Gerrard Allen, Chairman of the Deacon Board assumed an enhanced leadership role in maintaining the stability of the Macedonia flock. His efforts contributed to addressing inherent challenges while embracing added blessings as they arose during this transition. During this period of change, Dr. A. C. D. Vaughn licensed another son of Macedonia to preach, Calvin Smith.

We reflect now on that “Vision from Vincent Alley” to “A More Excellent Way” as we welcome our sixth pastor, Rev. Darron McKinney, to lead us to another level of dedication to sharpening the vision of our church founders, past shepherds of the flock and embrace the future of Macedonia Baptist Church of Baltimore City as Pastor McKinney receives the torch of those great ministers who led the way.

Dr. McKinney retired as our Pastor in December 2018, to accept a position at the Bright Hope Baptist Church in Philadelphia Pennsylvania.  Deacon Gerrard Allen, Chairman of the Deacon Board, again assumed the leadership role in maintaining the stability of the Macedonia membership.

On February 9, 2020, Rev. Jonathan M. Wade, joined us and preached his initial sermon as our 7th Pastor.  Four weeks later, Covid-19 caused us to close the doors.  However, Rev. Wade had the wisdom to continue to keep Macedonia connected by bringing us God’s word through social media.

We pray that this torch which has burned brightly for so many years will continue to be carried even further as a source of spiritual guidance and enlightenment to Macedonia to preserve our rich heritage. To God be the glory! We have come this far by faith, leaning on The Lord. 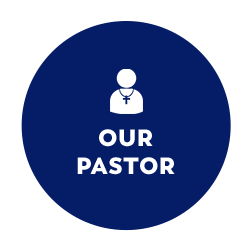 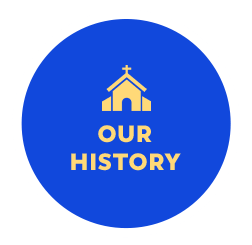 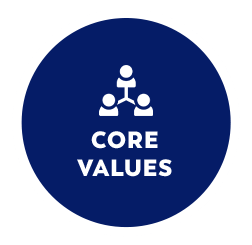 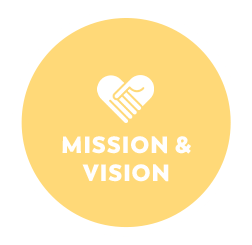 Site By The Church Online, Copyright 2022, All Rights Reserved